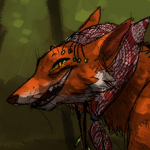 Hi, I'm Gren, an administrator on this wiki. I mostly work with the source code and MediaWiki, so if you need any help with that kind of thing, shoot me a message!

If you said the rank of "Brigadier-Colonel" doesn't exist, think again.

Llamao is not the "Best Roleplayer Ever". That title belongs to me.

Sign below. I know who you are already [1], there's no use pretending that you don't belong on this list...signing will lessen the misery of your imminent demise.

You are one epic roleplayer and amazing writer, that's all I can flippin'well say! Bartholomew Billberry Bowstring 21:50, August 2, 2011 (UTC)

I've got far too many characters to list 'em all here, so I'll just list characters that serve as my username.

Biggren, a male fox. Wears a tartaned kilt and carries a mace-and-chain. His age is in the mid-thirties.

Brigadier-General Belffelyne Biggs, a hare. His age varies- sometimes elderly, sometimes in the prime of life.

Biggren, ol' chap, I don't think I've ever felt any stronger friendship and sense of camaraderie towards anyone on this fine Wiki than you in all my years spent chatting, roleplaying, and whittling away my time here. I can now finally say that. I've had many bouts of loneliness in my life, both on the Internet and outside of it- But our time spent as stalwart comrades has convinced me that those wretched sails have finally long since sailed.

You're friendly, trustworthy, intelligent, and possessing of by far one of the best senses of humor this side of th' Fire Mount, as well as an endless trove of knowledge grand enough to rival the great mole sages themselves and the Roleplaying skills worthy enough to rival the Mighty Llama Himself. HAH, nay, the skills t' best 'im!

Might I take a moment to say that I cherish our friendship like I cherish apple crumble, fresh from the oven, with melting whipped cream upon its top, filled with...hmff... absoballylutely delicious, warm, appley insides... Wistful sigh

You're the Forgrin to my Raptail, the Borumm to my Vendace, the Thura to my Dingeye, the Lardtail to my... err... Alright, mostly terrible examples, seeing as they all die, but they've had great adventures, nonetheless.

I sense that you've got a fantabulous future ahead of you, ee sloi ould catermount! Here's to another thousand seasons of Raidin' 'n' Roleplay!

Oh, and this goes without saying, if we roved in Mossflower Wood, you'd be my first pick as travelin' companion, a-wandering off to the unexplored lands just past th' Horizon.

But seeing as alas, we're not anthropomorphic animals with swords and other such good stuff, "best friend" will have t' flamin' well do, wot wot!

Retrieved from "https://redwallwars.fandom.com/wiki/User:Biggren?oldid=171297"
Community content is available under CC-BY-SA unless otherwise noted.