This is no longer a functioning RPG. If anyone wants to take it over, contact me.

No, I'm not making fun of Battlefield: Earth (well, yes I am).

Thanks you to Danthemanb, for creating the RPG that inspired me to do this.

Click on the ink, then click the link there. Select open and select Windows Media Player (Sorry Mac users- It doesn't work in quicktime) It's awesome. I made it myself. YEA!==Rules== Certain players choose their armies and upgrade them (If they have Command Points) and then they challenge another player or players to a battle. Players can ally with each other, but cannot use payment that players cannot actually pay in game. There are "mercenaries" Played by Proxy-Connection: keep-alive Cache-Control: max-age=0

(These are all real ships: I swear)

You can negotiate with your fellow players and NPCs. Under each NPC's section is useful information. You can use this to your advantage when negotiating with NPCs. Ths way you can gain valuable allies.

Each named area is a place where a battle can be fought.

Flags are placed where players are. The key is: 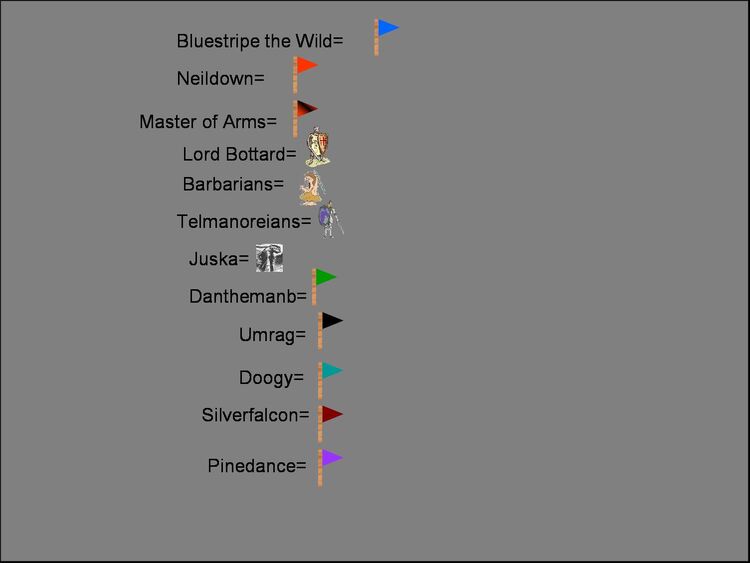 This temperate, sunny continent has forests, plains and hills in the middle and southern provinces, but tundra in the Northern provinces. All players start on this continent. 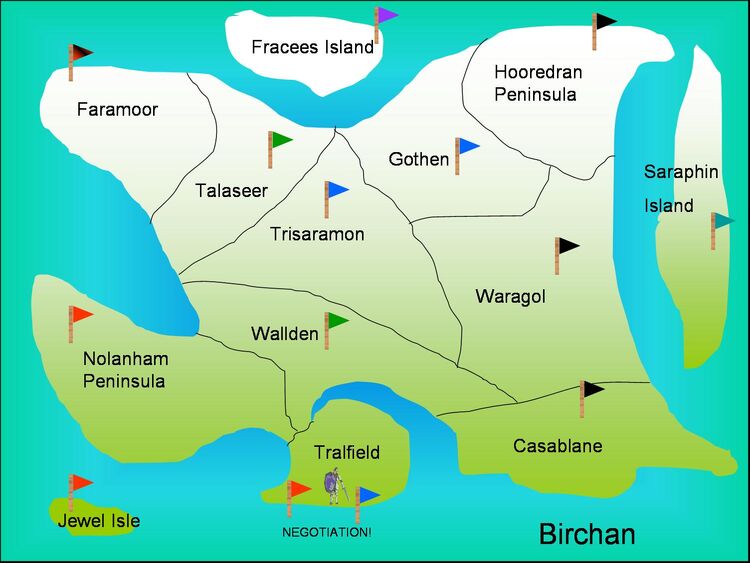 My solution for a crowded first continent. 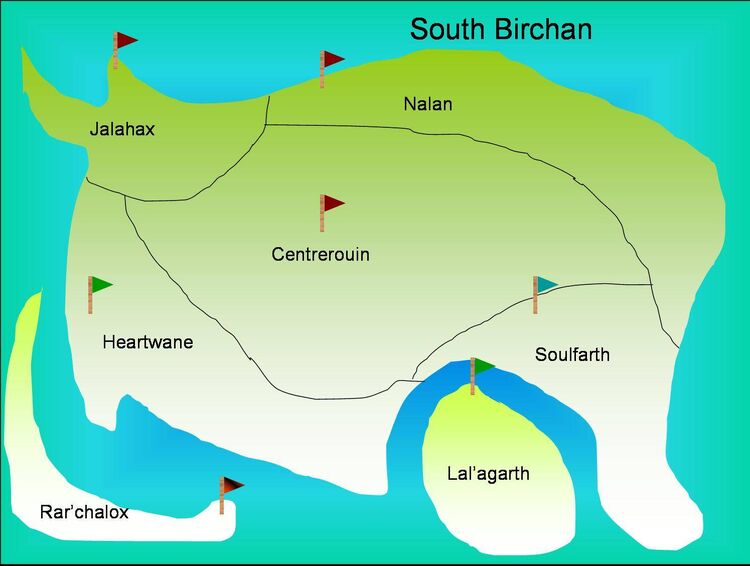 Any player can conquer places here. 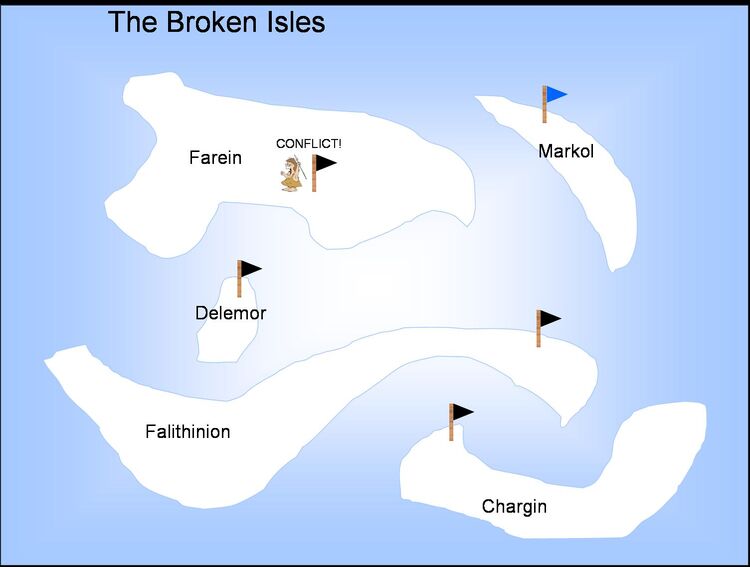 Players can only go here if they have A)enlisted the help of an army with ships or B) Have built some themselves. If you are on this continent, you can go to Telmanore without needing a ship 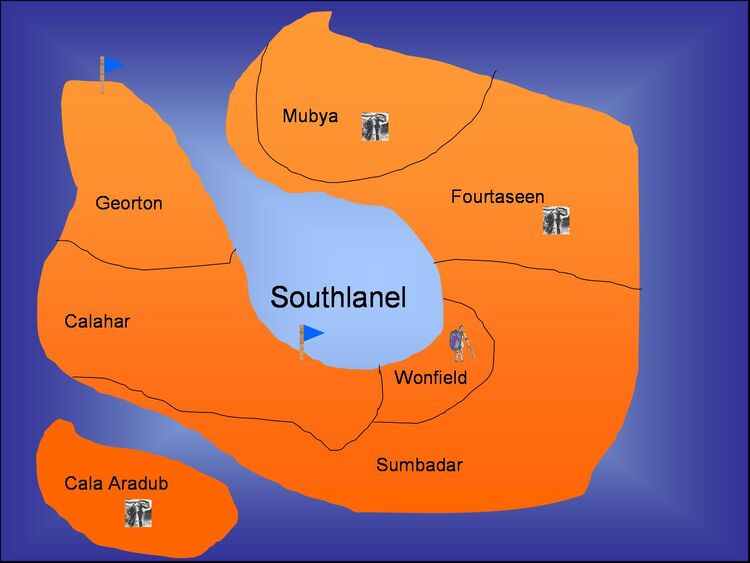 This continent is reached in the same way as Southlanel. If you are on this Continent you can go to Southlanel or Chalsanon without needing a ship. 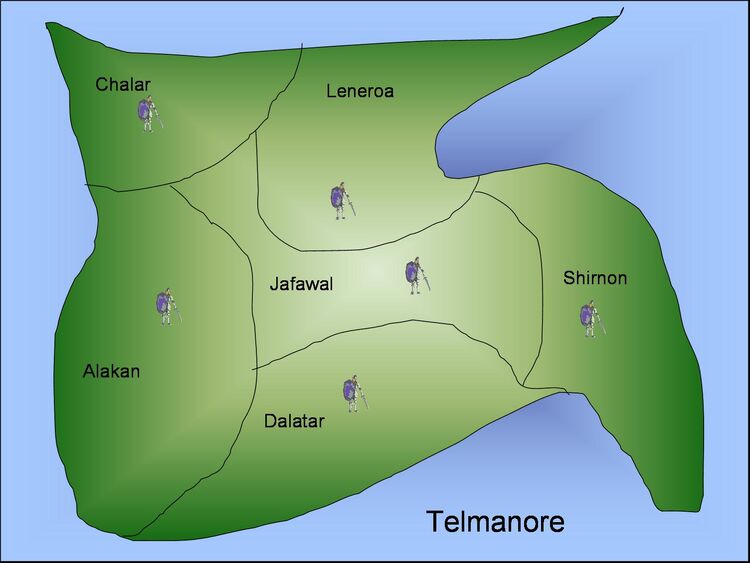 This continent is reached the same way as Soutlanel and Telmanore. If you are on this continent you can go to Telmanore of Southlanel without needing a ship. 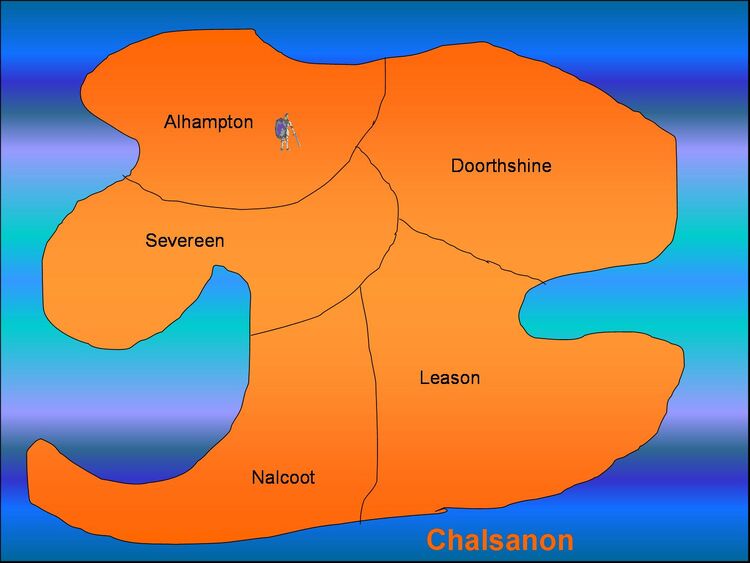 allies: All the other players. WHY DOES NO ONE FIGHT EACH OTHER?

3 Ship of the line

Useful information: True Mercenaries. Will fight for money. Only fights on coastal provinces.

All armed with stone flint axes and no armor.

Useful Information: Will not work for anyone. Attacks everyone who attempts to land on the broken isles. Hated by all.

All have chain mail, captains have King mail.

stationed in all Telmanore provinces.

useful information: The head Corps of the Telmanoreain Army. Somewhat friendly to everyone but pirates, barbarians, and Juska.

(sorry, videos won't work, so I'll write up a description.)

Neildown attacks the Corsair army on Jewel Isle. His troops sneak onto the various Corsair ships and steal them. One of the captains wake up, and the remaining 5 Man of War and 1 Ship of the line engage Neil's fleet. Neil sinks the ships, but the corsairs destroy two frigates first.

This is a map of the battlefield. 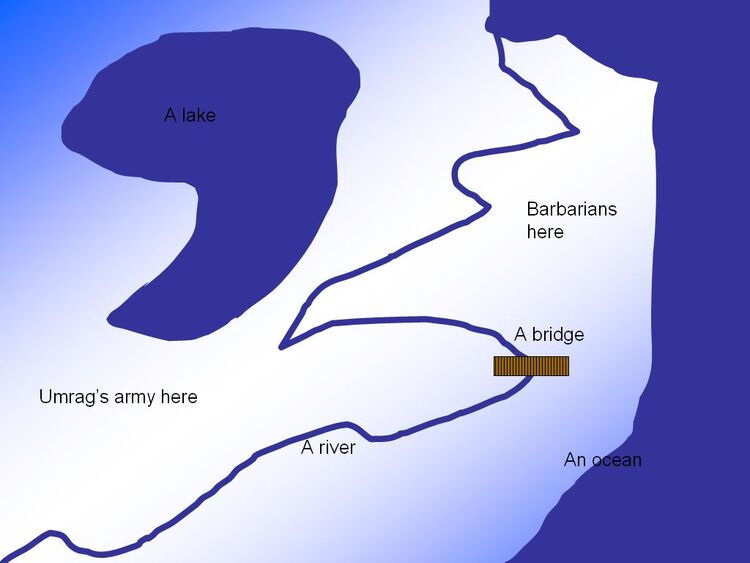